Everyone is crying on TikTok. Don’t worry: they’re not crying real tears – only tears created by augmented reality technology… found on Snapchat.

Yes, a Snapchat filter is currently all over our FYPs this week. Also, TikTokkers complain about the price of everyday things, which is totally justified given #inflation. And finally, Gen Z reminisces (recently) in an audio about the late ’60s.

So a very typical week on TikTok. Let’s get into that.

Surprisingly, the most popular filter on TikTok right now actually comes from Snapchat. TikTokkers used the « crying » Snapchat filter and posted it on their TikToks Everyone look like they’re at their emotional breaking point. The effect turns even the most composed faces into hysteria. The filter makes for sad, raised eyebrows, bloodshot eyes, an exaggerated frown, and a few unshed tears. The hashtag “Crying Filter” has over 50 million views on TikTok. It is used to prank friends and completely transform recognizable clips from celebrity interviews, movies and TV shows.

A typical #cryingfilter video on TikTok shows an unsuspecting person doing something mundane while the filter makes them look like a crying mess. The person behind the camera proceeds to ask her something along the lines of, « What’s up? » And the prank victim is completely confused. But my favorite genre of #cryingfilter is when TikTokker add it to well-known media such as One Direction’s « Night Changes » music video. The filter is so realistic you can’t help but laugh… or cry. 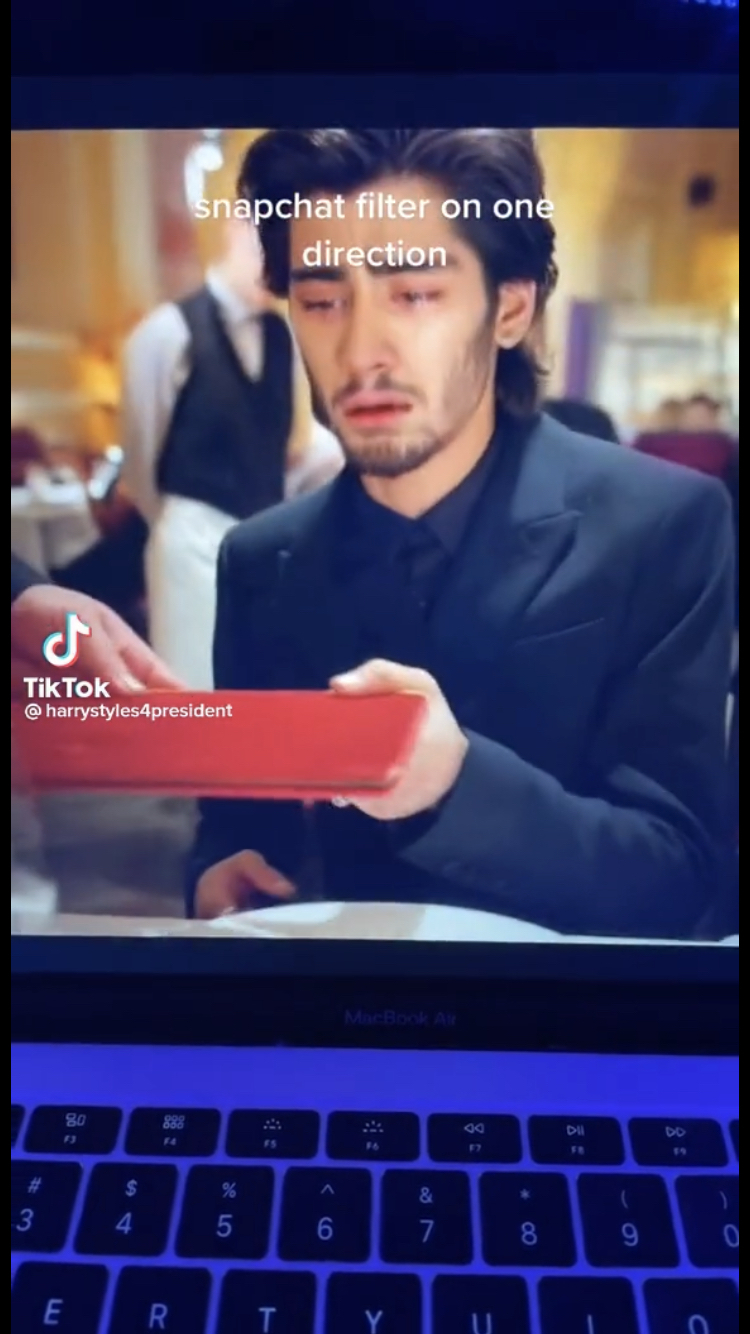 One Direction, but make it sad.
Photo credit: TikTok / harrystyles4president

Of course, if you want to use this filter, you must first open Snapchat, film your video, and then upload it to TikTok. It takes a little more work, but the result is worth it.

A soundbite from troubled YouTuber Ruby Franke 8 passengers say dramatically « 30,000? » has become the way to complain about the cost of almost anything. It truly is the audio of the hour as consumer price inflation is at its highest level in 40 years.

The trend was started last month by @prestonisoverparty, who posted a clip of Franke crying on the phone with the caption, « POV: They pick a shirt at urban outfitters and check the price tag. » The tone has since been in uses over 74,000 videos, and many of them focus on how outrageously expensive everyday necessities are – from rent to health care to groceries. In @ohheywoze’s video, the caption reads, « Looking for a 1 bedroom, 1 bathroom condo for rent in 2022. » And there’s @mattheperson, cleverly and frustratingly using the trend to point out, « pov: you ask your therapist, what the co-payment is without insurance.”

But the sound has also inspired more humorous takes, such as @colinzvej writing « Here’s the number of times you unironically said ‘kill’ today » – which unfortunately appeals to me. Another funny example is @nesmates’ video saying, « When you finally check your TikTok DMs to see how many TikToks your best friend has sent you. » This particular TikTok has over 6.9 million Views and got 1.3 million likes because we all know that sending TikToks is a language of love! 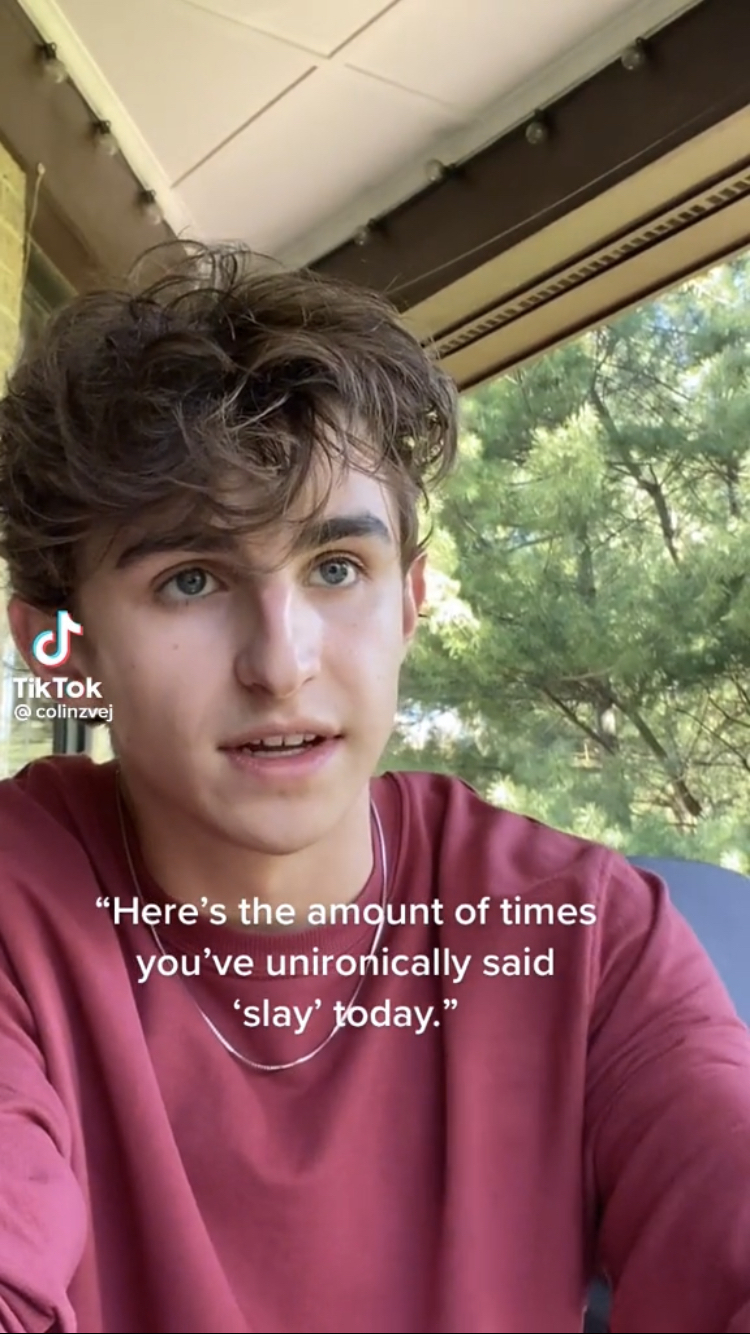 An audio of Mia Farrow from the documentary Sharon Tate: Murdered Innocence spreads TikTok. In the documentary, the actor and activist recalls the summer of 1969 and says, « It was the late ’60s, late ’60s and everyone was happy, and it was just the best of times. » Though the dialogue is specific to the freewheeling decade relates, TikTokker use the audio clip as a vehicle to talk about very specific memorable moments in time. The excerpt uploaded by Sharon Tate fan account @modsharon is also accompanied by a banging soundtrack.

Nostalgia is one of the leading forces on TikTok, so it’s not surprising that an audio that encourages people to remember is gaining prominence in the app.

Most of the moments shared on the app are more recent memories — after all, not many of its users lived in the late ’60s — but that doesn’t stop people from embracing the nostalgic vibes. Warning: These videos may make you feel old. For example, @j0shsquash recalls « what it was like living in the summer of 2016 when everyone’s iPhones were cracked, Rihanna was still making music… » My personal favorite example of this trend is a video by @callabungboi that reads, « Testimony The Four Seasons Total Landscaping press conference is happening in real time on Twitter. » Take me back.